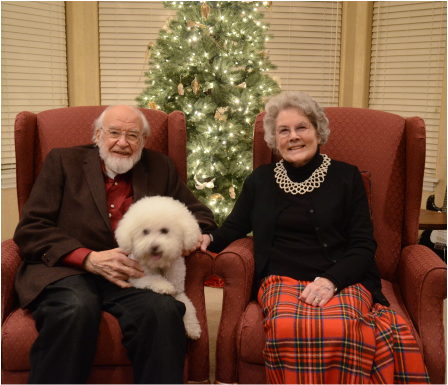 Seed-Time's teacher, Pastor Ashley Day, began his career in a school of languages in London's West End. The Lord called him into the ministry when Billy Graham first visited London in 1954. Moving down to the rural areas of Cornwall, he preached in small pastorless churches for the next few years, working in a china clay mine to earn a living.

After immigrating to the United States in 1959, the Days first served in the Milwaukee Rescue Mission and then with Village Missions, where they pastored several churches in Oregon.

In 1973, Pastor Day became Chaplain at Stonecroft, the headquarters of the mission in Kansas City, MO and from that location its first overseas broadcast began from HCJB in Quito, Ecuador. Seed-Time Ministries was formed the following year in Manzanita, Oregon.

In 1975, Pastor Day and his wife, Edna, were called back to England, to minister at the Brookdale Evangelical Church in Ilfracombe, Devon. During those years, Seed-Time was transferred to Bakersfield, California and voluntarily operated by John and Lillian Penner, under whose leadership the ministry continued to grow. Bible studies were recorded in England and mailed to Bakersfield, where they were duplicated and distributed widely by the Penners.

In October 1980, Pastor and Mrs Day returned to the United States to pastor the Coeur d'Alene Bible Church, in Coeur d'Alene, Idaho. Seed-Time Ministries was returned to the Days and became an official ministry of the church, supported by the congregation as a missions outreach. Pastor Day served as Senior Pastor until September, 2003, when, upon his retirement from the full-time ministry, he became Pastor Emeritus.

In spite of the tug to retire, he never really did. The Lord enabled Pastor Day to continue to minister through Seed-Time radio broadcasts and writing messages into book form. This continued until March 29th, 2014, when the Lord called him home. His widow and five children and their spouses share a commitment in seeing the Word continue to be sown through this committed man of God.
Ephesians 2:8 "By grace are you saved through faith...it is the gift of God."